What Causes Pipes to Burst? 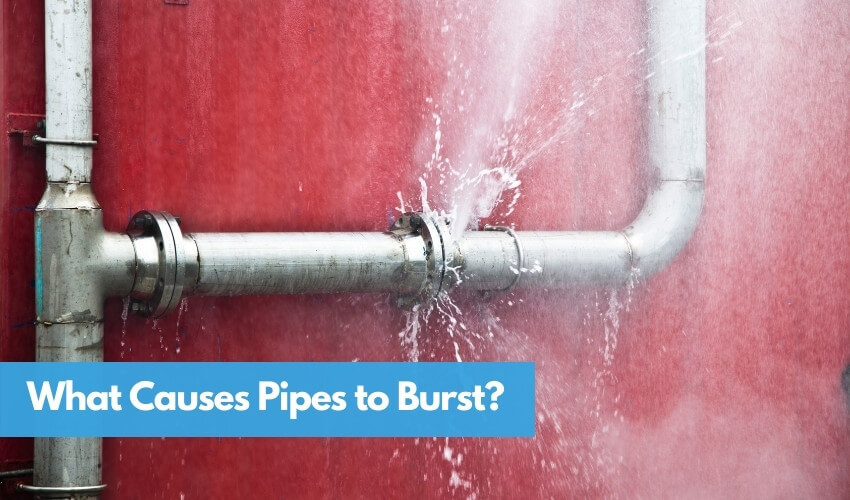 If you're like most people, you probably don't think about what causes pipes to burst until it happens to you. And by then, it's usually too late.

And while most of these problems are relatively minor, there's always the chance that your pipes could burst, causing water damage to your home and belongings.

In this blog post, we will discuss what causes pipes to burst and how you can prevent them from happening in your home or business.

The Common Causes of Burst Pipes

Water pipes bursting is one of the most typical plumbing issues that homeowners have to deal with.

Water pipes can break without notice, necessitating a major repair that requires the assistance of a qualified plumber, whether in the house's plumbing network or the water supply lines.

Water pipes, on the other hand, are designed to endure a lot of pressure and must therefore be able to withstand bursting at all costs. The majority of burst pipelines are caused by significant structural damage and corrosion.

Here are some of the most frequent causes of burst water pipes. 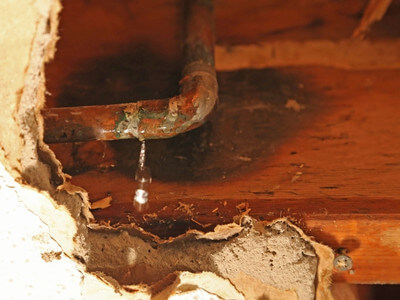 One of the most frequent causes of pipes bursting is that the pipes are too weak. Over time, water can erode and break down the pipes, making them more likely to burst under pressure.

This is especially true for older homes with outdated plumbing. 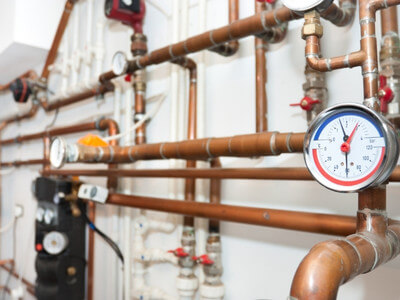 If the excessive water pressure in your home is too high, it can put stress on the pipes and cause them to burst. The average pressure will be between 50 and 80 PSI (pounds per square inch).

This is why it's important to have a pressure regulator installed on your main water line. That way, you can avoid putting too much strain on your pipes.

If your pipes become clogged with debris, it can cause them to burst. This is because the water has nowhere to go and the pressure builds up, causing the pipes to break.

If you have trees in your yard, their roots can grow into your pipes and cause them to break. This is because the roots are seeking out water and they can put a lot of pressure on the pipes.

When water freezes, it expands and this can cause pipe bursting. This is why it's important to keep your home heated during the winter months and to insulate any exposed pipes.

If your pipes are not installed properly, it can cause them to break. This is because the pipes are not supported correctly and they can't handle the pressure.

At What Temperature Do Pipes Freeze?

If it's windy, that can also cause your pipes to freeze because the wind chill can make it feel colder than it actually is.

So, if the temperature outside is in the 20s and it's windy, that can cause your pipes to freeze.

Do you have a burst pipe in your home or on your property? Check out our pipe repair services

Can Pipes Burst in Warm Weather?

Pipes can also break in warm weather, although it's not as common as a water pipe bursting in cold weather.

One reason why pipes might be broken in warm weather is because of what's called "thermal expansion." This is when water expands when it's heated and puts pressure on the pipes.

Another reason why pipes might break in warm weather is because of what's called "hydrostatic pressure." This is when the water pressure in your home or business is too high.

So, if you have high water pressure and the temperature outside is hot, that can cause your pipes to break.

How Long Does It Take For Pipes to Freeze and Burst?

Pipes can freeze and burst in as little as a few hours, although it typically takes longer for pipes to freeze and break.

It depends on how cold it is outside, how exposed your pipes are, and whether or not you have insulation around your pipes.

Is a burst pipe an emergency?

A burst pipe is one of the most common plumbing emergencies. While it may not seem like a big deal, broken water pipes can cause a lot of damage to your home.

Water damage is one of the most expensive types of damage to repair, and it can also lead to mold growth.

In addition, a broken pipe can cause your water bill to skyrocket, as you will be charged for all of the water that is lost.

As a result, it is important to call a professional plumber as soon as possible.

How long does it take to repair a burst pipe?

The average repair time for a burst pipe is two to four hours. Repairing a more serious problem that includes removing concrete or half your lawn might take all day or longer.

So, if you have a broken pipe, it's important to call a professional plumber as soon as possible.

How to Fix a Burst Pipes

There are a few things you can do to fix a broken pipe.

This is more permanent, but it will require some knowledge of plumbing.

Did Your Pipes Burst? Call For Professional Plumbing Services!

If your pipes have burst, it is important to call a professional plumber as soon as possible. Water damage is one of the most expensive types of damage to repair, and it can also lead to mold growth.

In addition, a broken pipe can cause your water bill to skyrocket, as you will be charged for all of the water that is lost.

What can make a pipe burst?

There are a few things that can make a pipe burst. One is freezing weather, as the water expands when it freezes and puts pressure on the pipes.

Another is old age, as pipes can weaken over time and are more likely to break. Pipes can also break if they become clogged with debris or if there is a sudden change in water pressure.

Can a pipe burst randomly?

Pipes can burst randomly, but it is more likely for pipes to be broken if they are exposed to freezing weather, if they are old, or if they become clogged with debris.

How do you know if your pipes are going to burst?

There are a few signs that your pipes might be about to break. One is if you see water leaking from the pipe. Another is if the pipe makes a loud banging noise when you turn on the water.

Pipes can burst for a variety of reasons, including freezing weather, old age, and improper installation.

Pipes can also break if they become clogged with debris or if there is a sudden change in water pressure.

By understanding what causes pipes to break, you can take steps to prevent them from breaking in the first place.

If your pipes have broken, it is important to call a professional plumber as soon as possible.

Thank you for reading! We hope this article was helpful.